The end of the world is here.

What would you do if we didn't have electricity?

Learn more about the creative team

Go behind the scenes

Immensely clever... the play is given extraordinary life by Little Mountain Lion Productions’... musical director Katerina Gimon and a ridiculously talented cast in one of the best productions of the year.

Jerry Wassermanof The Vancouver Sun and The Province

WTF is one of my favourite responses at the theatre. I had it a lot while watching Mr. Burns, a post-electric play... just buy your tickets now. I highly recommend this show...I feel like I was kidnapped and taken to surprising places, places that I hadn’t known I wanted to go.

What really stood out for me were the moments of extreme tenderness and the handling of concealing heightened emotion - a trait so typical of humanity yet often ignored on stage. Stephanie Izsak shone in this production and not just with noxious fluorescent. Stunning voice aside, the specificity in her retention of the beloved mannerisms of Mr. Burns was, well, electric.

Washburn’s script is brought to life by a company of seven actors who form a beautifully cohesive ensemble... Whether shouting one another down with guns drawn, or performing a song-and-dance mega-mix of top 40 hits (one of the works undeniable highlights), the timing, connection, and chemistry between the artists is, ironically, electric.

Douglas Ennenberg is a standout as Gibson, a well-travelled survivor with a surprisingly handy Gilbert-and-Sullivan obsession. Stephanie Izsak is solid as Act 2’s Quincy, but her over-the-top campiness as the third act’s gender-blended Monty Burns is, as the character might say, excellent. 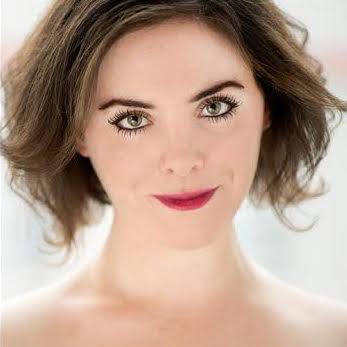 Keara is an award winning actor from Vancouver, B.C. She holds a BFA in Theatre from UVic and studied at the Lee Strasberg Theatre & Film Institute in New York.
Also a writer/producer, Keara is the creator/performer behind the award winning solo show Almost a Stepmom (*SOLD OUT RUN 2017 Vancouver Fringe* *SOLD OUT RUN 2017 Vancouver Celticfest* *WINNER Jester's Cap Award 2016 Calgary Fringe*), The ten minute play The Girl on the Moon (Pull Festival 2016), and is currently writing and developing a short film and a web series.
RECENT ACTING CREDITS INCLUDE: The Night before Christmas (Red Giant Theatre), She Sees Beyond (Fortnight Productions/ TV Series), Dark Matter (Nebula Theatre), In Her View (Independent Feature Film), Hello (Theatre Terrific), The Mystery Plays (Little Mountain Lion Productions), Almost a Stepmom (tour throughout Western Canada), Moll in Moll (SRO Theatre/CelticfestVancouver 2016), The Motherers (2016 Pull Festival), Lady Macbeth in Macbeth (SRO Theatre), Olya the Child (Troika Collective/2015 Vancouver Fringe Festival), The Weir (SRO Theatre/Celticfest Vancouver 2015), Hug (2014 Edinburgh International Fringe Festival).
UPCOMING: Tigers be still at Pacific Theatre in June 2018, followed by her NEW solo show Traveltheatrics which will debut at the 2018 Winnipeg Fringe in July, and which YOU can see at the 2018 Vancouver Fringe in September (Venue: Havana Theatre).
To find out more info and to follow the journey please visit www.facebook.com/kearalindabarnes or www.kearabarnes.com
HUGE thanks to Madelyn, Kat, Olivia, Diana, Matt, Johnny and Mark for the incredible adventure. Cowabunga dude. 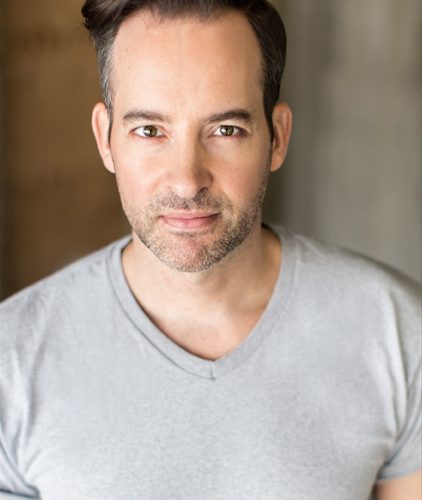 Graham Coffeng was last seen on stage playing Sam Phillips in Million Dollar Quartet for the Arts Club. Selected stage credits include: Rock Of Agesand A Christmas Story-The Musical(Arts Club); Les Miz and It's a Wonderful Life(Chemainus Theatre); Floyd Collins(Patrick Street Prod.); Legally Blonde(Neptune Theatre); Joseph&...Dreamcoat(Grand Theatre); Forever Plaid(Drayton Ent./Gateway); Canadian premieres of Hello Again(Tarragon Extra Space) & Batboy(Hot Feat Prod.); Mamma Mia!(Mirvish Prod); and Anne of Green Gables-The Musical(Charlottetown Fest). His film Afterparty premiered at the Whistler Film Festival, played the Vancouver Int. Women in Film Festival, and won the William F White Indie Spirit and Best Ensemble award at the 2014 Canadian Film Festival, catch it on TMNRetro & iTunes. He played a baddie this season on Arrow(CW), and look for his cabaret(s) this summer. In October he will play Pirelli in the site-specific production of Sweeney Todd in Gastown. Much love to Josh, Ben, Mum&Dad, & Meagan at LLA. Thanks to the LML team and the amazing Madelyn Osborne. 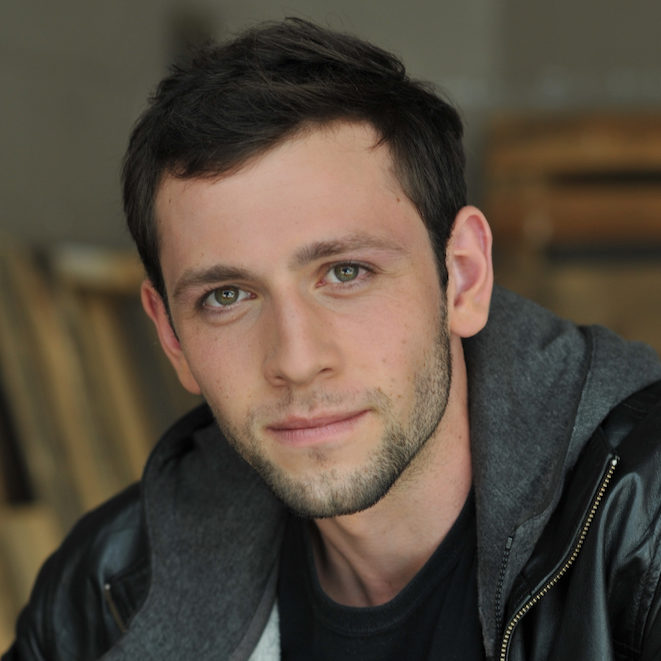 Douglas Ennenberg graduated from the National Theatre School of Canada in May 2016. Since then he has worked with such companies as Pi Theatre, The Only Animal, Redcurrant Collective, GenderRubble Collective and Nebula Theatre. Notably, Douglas starred in The Events (Pi Theatre) which was produced as part of the 2018 PuSh Festival, and in The Nether (Redcurrant Collective) which received acclaim in its 2017 remount.
Douglas is a lifelong volunteer and community leader; these days he is learning how to hold space for children to listen and wonder about Unitarian principles and sources, and how to facilitate enduring understandings about Truth, Healing and Reconciliation between Indigenous and Non-Indigenous people.
Douglas is a very privileged person. He is happy to be back home in Vancouver, and thrilled to be working with Little Mountain Lion. 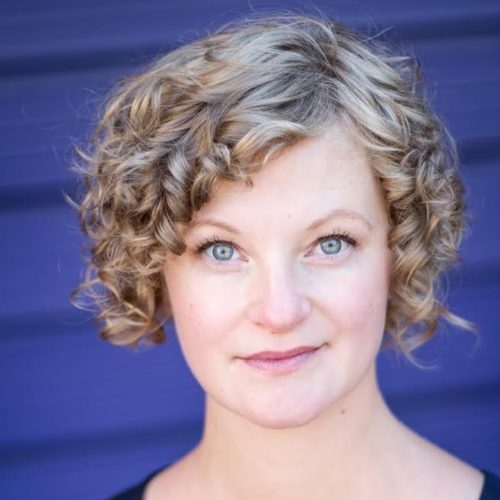 Liz is an actor, producer, Alley Theatre board member, Interim Artistic Producer for Staircase Theatre, puppeteer and mom. Liz has been acting for the past twelve years and has a BFA with Distinction from the University of Calgary. Past acting highlights include Three Stories Up (Alley Theatre), Corleone: A Shakespearean Godfather (Classic Chic Productions and Pacific Theatre), Cocktails at Pam’s (Staircase Theatre), A Christmas Carol (5 consecutive years as Belle) and Much Ado About Nothing (Hero) both for Theatre Calgary, Nordost (The Troika Collective), The Good of the Sun (Liz’s company, Good Theatre and Vancouver Fringe 2014),
and Alley Theatre’s Wicked Shorts which she acted in and co-produced for the 2010 Vancouver Fringe Festival. It won the Cultchivating The Fringe Award and went on to be remounted at The Cultch in 2011. As a puppeteer she tours a show about juvenile idiopathic arthritis to schools throughout the lower mainland for the Cassie and Friends Society for Juvenile Arthritis and Other Rheumatic Diseases. Liz recently toured The Green Wanderer throughout the lower mainland for The King Matt Theatre. Liz is the mother to the incredibly spirited Daphne and to the two year old new chatterbox, Jake. 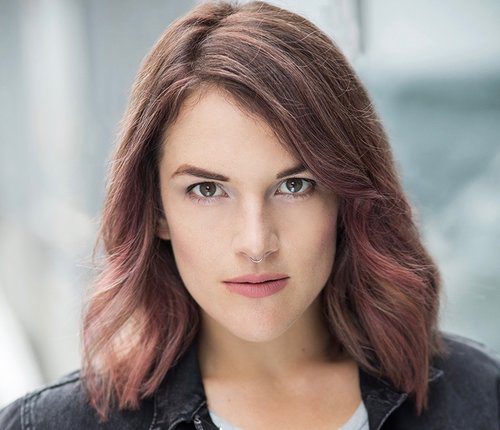 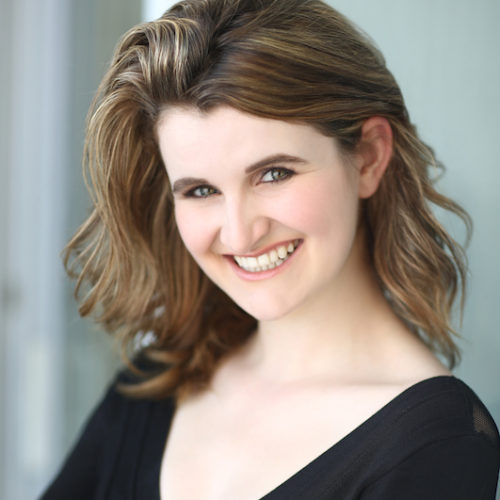 CJ McGillivray is an interdisciplinary artist, composer and actor from Vancouver, British Columbia. Selected stage credits include Good Day and Good Night, On My Walk and Dot and Ziggy (Carousel Theatre for Young People), Antigone (Theatre Pandora), Portia in Julius Caesar (Two Gentleman of Vancouver) and Mary Bennett in Pride and Prejudice (EXXIIT). Last year she received her first Jessie Richardson Theatre Awards nomination for composing the musical score for On My Walk and she is currently memorizing lines and composing the score for We Three by Meghan Gardiner, which premieres in June 2018 at Carousel Theatre for Young People. She loves creating music for young audiences and writing whimsical folk songs in her spare time. 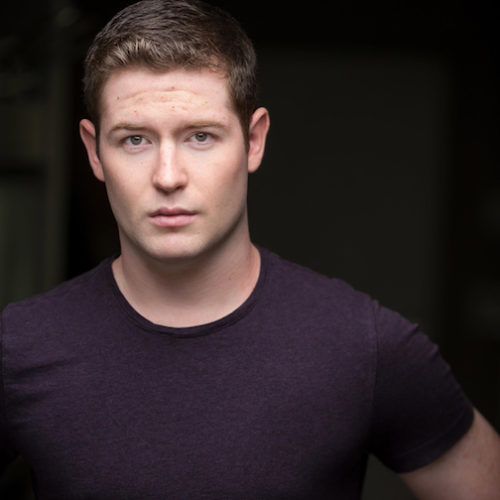 Matt Montgomery is a graduate of the Canadian College of the Performing Arts in Victoria BC. Born in Edmonton, Alberta, Matt spent his childhood moving around BC until he came to Vancouver pursue his love for performing. Some of this recent stage credits include WEST SIDE
STORY (Theatre Under the Stars), THE OC: THE MUSICAL (Toofly Productions), THE OLD HAUNT (Excavation Theatre), HEATHERS: THE MUSICAL (Frolicking Divas) and DOGFIGHT (Semper Fi Collective). Catch him this summer in DEAR EVAN HANSEN (IN CONCERT) at the BMO Theatre!